Every one of us is a builder at heart. We build everything ranging from simple warehouses to state-of-the-art e-commerce fulfillment centers with advanced robotics. We build interior spaces and perform expansions/renovations. We build office buildings and commercial spaces. Most importantly, we build lasting relationships.

Relationships start with doing a good job. When you do a good job, people want to keep working with you.

That has been our philosophy since CEO Gary Condron founded Conlan in 1987 as a small commercial contractor working on projects around the growing metro Atlanta area. We were determined to deliver the best-in-class results on time and within budget. Satisfied customers were happy with the work we did – which brought more work – a trend that continues to define our growth story. Building successful teams to help our clients achieve their goals is our motivation every day.

Since founding, we’ve grown our relationships and operations including adding offices in Jacksonville, Florida and Dallas, Texas. We’re licensed from the East Coast to California and presently work projects across the country. Historically, our Shell Group has focused on new construction in the $1 million – $200 million range, while our Interiors Group focuses on projects ranging from $10,000 minor renovations to $30+ million major tenant finish/renovation/expansion projects.

Even though Conlan is a nationally recognized commercial contractor and a leader in the light industrial construction, we still approach every opportunity like it’s our only one and every client as a valued partner. Only team successes are true successes.

Consistently ranked in Engineering News Record Top 400 Contractors since 1996, Conlan has based its success on this simple business philosophy:

When you work with Conlan, you’re working with family. Many of our executives today started early in their careers with Conlan, and many of our future executives are climbing the ranks at Conlan right now. If you’ve worked with us over the past 30 years, you’ll surely recognize the faces below. Conlan founder Gary Condron has spent his entire life building. Starting off at the University of Florida where he received his Bachelor of Science in Building Construction, Gary officially entered the construction business in Houston with Brown & Root in the late 1970s. He then moved to Atlanta in 1978 to work with Holder Construction. After nearly a decade with Holder, Gary took the entrepreneurial leap in 1987 and founded his own firm, The Conlan Company, where he oversees operations and business development from their Jacksonville office.

Since founding, Gary has led by example in building Conlan from small local contractor to a national leader in light industrial construction with nearly a billion dollars in annual revenue. Company highlights include being ranked in the Top 100 of Engineering News Record Top 400 Contractors as well as being recognized as the #1 builder of warehouse and distribution product in the country.

In 2018, he was inducted into the Building Construction Hall of Fame at the University of Florida, where he and his wife Nancy are active members of the Gator community. 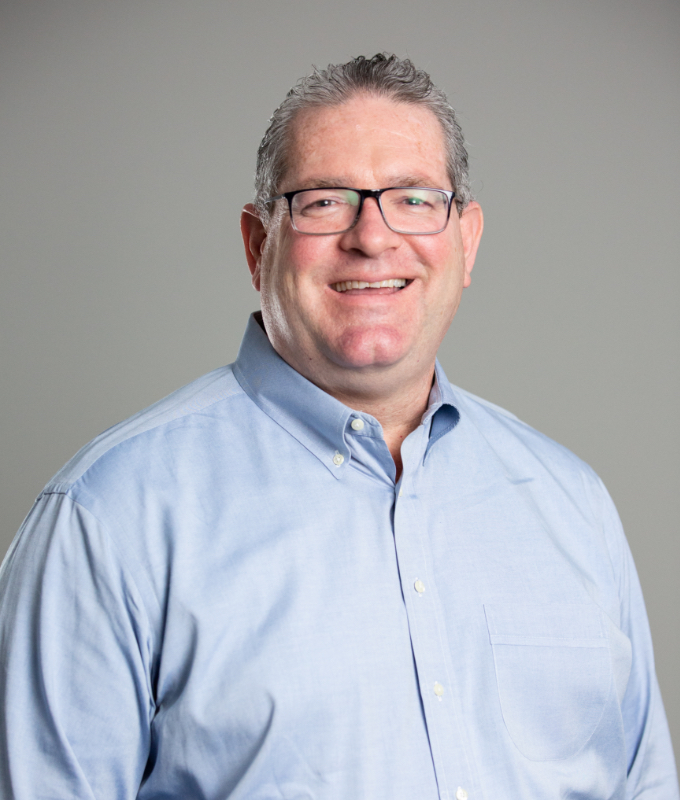 During his tenure at Conlan, Kevin has served as a Project Manager and Vice President prior to being promoted to President, a position he has served in since 2006. As President, Kevin focuses on corporate planning, pre-construction estimating, personnel, risk management and project planning.

Outside of Conlan, Kevin served a two-year appointment on board of directors for Georgia AGC. He married his high school sweetheart Cathy in 1981, and together they enjoy church activities, traveling and attending Braves games at SunTrust Park. David began his construction career at a distributor for Armstrong World Industries products in Atlanta from 1979-1982. He spent the next ten years with Lawrence & Company, a drywall and acoustical ceiling subcontractor, as an Estimator and Project Manager. It was at Lawrence & Company where David first started working with Conlan as a subcontractor. Gary was so impressed with David’s work ethic that in 1992, he recruited him to start an interiors group within Conlan, an opportunity that David gladly accepted. Since, he has helped grow the business to over a billion dollars in annual revenue.

While David still leads the interiors group, he also works closely with Gary and Kevin to manage the overall operations of the company, with a focus on job site safety, insurance, human resources and IT.

David is married to Carolyn and is a proud father of three sons. A recent empty-nester, he enjoys travel, friends and sporting events. Stuart graduated from Auburn University in 1988 with a BS in Building Construction. After graduating, he accepted a position with Fluor Daniel Corporation in Greenville, SC as a Cost Engineer. After two years in Greenville, Stuart joined Conlan in 1990 as a Project Engineer. At Conlan, he has been promoted five times and has held every Project Management position available in the company.

Today he serves as Executive Vice President, manages several clients and provides pre-construction estimating through a punch list of completed projects. Stuart has personally been involved in over 30,000,000 square feet of construction over the past 30 years and has been recognized for his work by the Concrete and Masonry Institutes.

Outside of Conlan, Stuart is married Colleen and has two beautiful daughters. He enjoys hunting, fishing, and golfing in his free time. Charles is a proud graduate of Auburn University, where he received his BS in Building Construction in 1997. Conlan hired him as a Project Engineer upon graduation from college. Like many of his colleagues, he has been here ever since. Charles has been promoted multiple times at Conlan – as a Project Manager in 2000, Sr. Project Manager in 2007, Vice President in 2009 and into his current role as Senior Vice President in 2021.

Charles’ current focus at Conlan is on project estimating and management for large build-to-suit and e-commerce facilities across the country. Career highlights include playing a key role in the completion of Conlan’s first Amazon Fulfillment Center in 2011.

When he’s not working, Charles is involved in his church and neighborhood association that works closely with the Atlanta Memorial Park Conservancy. He enjoys football games and hanging out with his wife Leslie and their two children. A 1981 graduate of Auburn University (BS Building Construction), Tom Lutz has nearly 40 years of experience in the construction industry. Beginning with Brown & Root in Glen Rose, Texas, where he worked on the Comanche Peak Nuclear Power Plant project. He then moved to Macon, Georgia, where he worked with a small general contractor. After a brief stint in the medical industry, Tom began his tenure at Conlan in 2001 as a project manager.

After years of hard work and promotions, he now serves Conlan as Vice President, where his focus is on customer care, estimating, scheduling and managing day-to-day project work.

Outside of Conlan, Tom is an active member at Holy Family Catholic Church in Marietta, GA and a 40-year member of the Knights of Columbus, a Catholic fraternal organization. He is an avid golfer and enjoys spending time with his wife Angela, three children and their family dog. 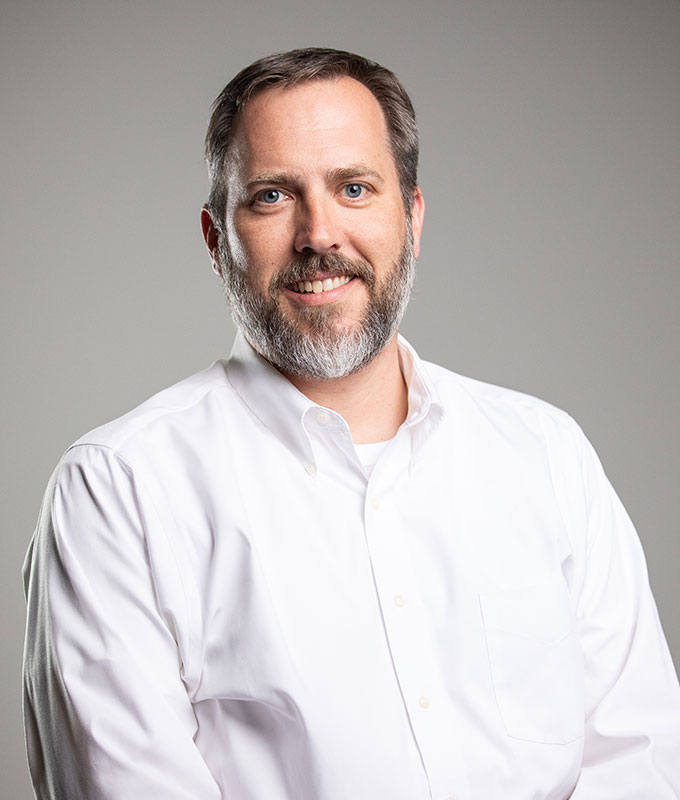 Ryan began his career in construction as an intern at Conlan in 1998, while still pursuing his BS in Construction Management at Southern Polytechnic State University. After graduating in 2001, he transitioned into a full-time position as a Project Manager in Conlan’s Atlanta office. In 2007, he helped open Conlan’s Jacksonville office where he has served as a Vice President since.

Today, he serves as the operations and day-to-day manager of the Jacksonville office. He is proud to have spent his entire 20+ year career working for Conlan.

When he’s not busy with Conlan duties, Ryan enjoys spending time with his wife Keli and their two children. He is also an Eagle Scout and active outdoorsman and hunter. Accounting professional Julie Osterland was educated at KSU, where she received both her Bachelor’s degree in accounting as well as a Masters in Business Administration.

Julie spent the first decade of her career in Public Accounting at Smith Adcock and Company before transitioning into the private sector first as the Controller, then Vice President & Chief Financial Officer at an Atlanta-based engineering consulting firm. The firm was eventually acquired and merged into Caliburn International, a $1B global organization, where she continued working in the same capacity until joining The Conlan Company.

As CFO, Julie brings nearly two decades of accounting experience to Conlan. She is responsible for managing the finances and the overall financial reporting and compliance of the entire company.

When not watching over our books, Julie enjoys volunteering with local organizations, traveling, attending sporting events, and spending time with friends, her husband John, and their two beautiful daughters. 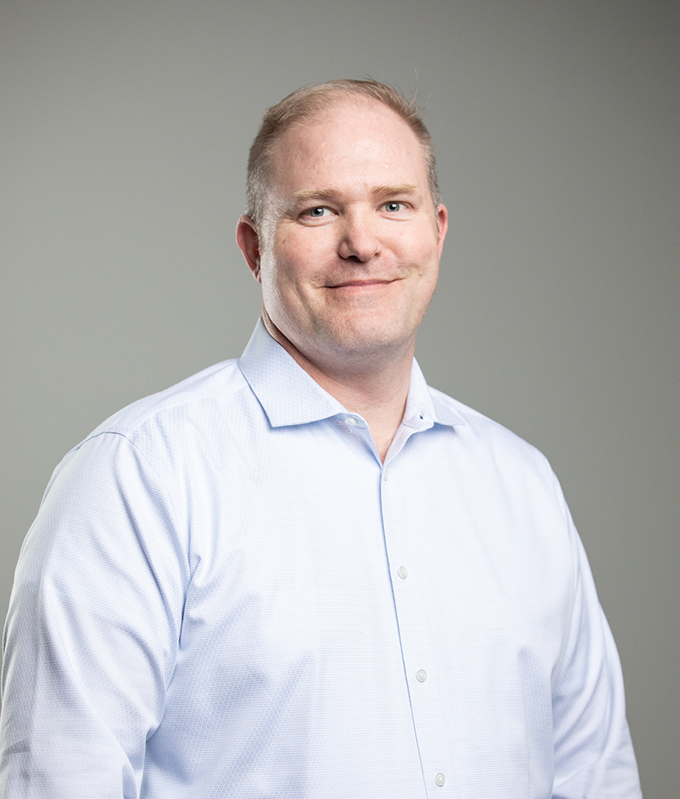 Tony’s Conlan journey began at The University of Wisconsin-Milwaukee, where he earned a degree in Economics and a certificate in Urban Planning.

From college, Tony took a position with a big box hardware store working in the kitchen and bath department before moving into the public sector as an inspector. He then settled into a position with an architecture firm in their construction management division.

At the architecture firm, Tony found himself working alongside small general contractors on a variety of projects. This lead directly to Conlan, where he joined our team in 2005 as a Project Engineer. He was promoted in 2008 to Project Manager and 2013 to Senior Project Manager before being elevated to his current role as Vice President, where he focuses on providing the best customer experience possible on each project.

When he’s not managing projects for Conlan, Tony enjoys managing his children’s budding hockey careers. Both children play AAA ice hockey, which translates to significant travel across the country for games and off-season training. 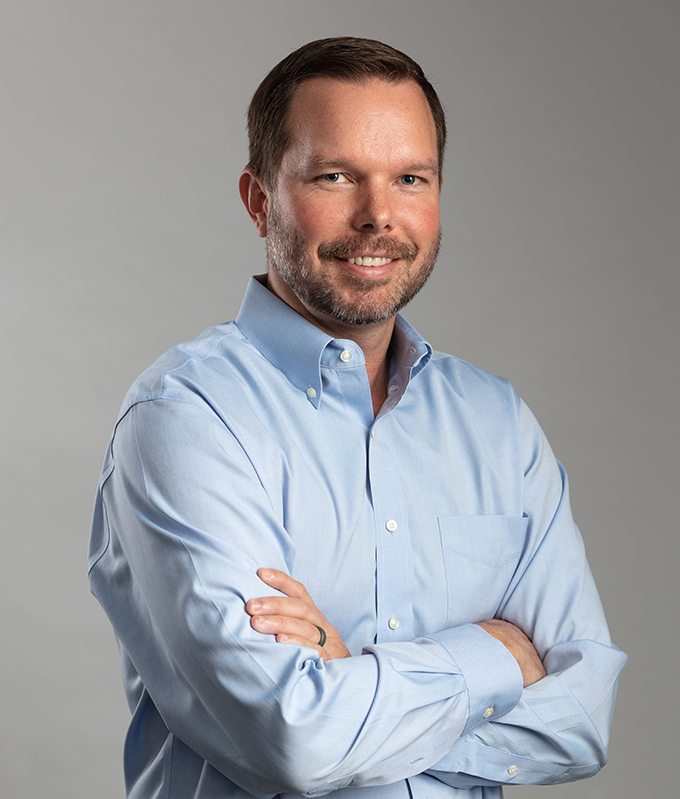 A graduate of Construction Engineering from Texas Tech, Justin started his career in 2006 as a Project Engineer with Cadence McShane Construction in Dallas. Here, he worked his way up to be a Project Manager before relocating to work in Pre-Construction at Lee Lewis Construction in Lubbock, TX in 2014. Before joining Conlan, Justin most recently held a Project Director position at MYCON General Contractors in Dallas.

Today he is in charge of managing Conlan’s Dallas office where he oversees operations, preconstruction, and business development. He is highly attentive to detail and responsive to clients’ needs.

Outside of Conlan, Justin in an active board member on the Sanger Economic Development Board. He enjoys traveling, competing in steak cook-offs, and spending time with his wife Beth and their three children, Jackson, Lindsey, and William. Today, Chris’ job is mostly focused in project management and estimating. In his free time he enjoys golfing, attending sporting events, and spending time with his wife, Kelly, and their three children. A graduate of Construction Science and Management from Clemson University, Mark started as an intern at Conlan one summer during college. Following graduation he became a Project Engineer at Catamount Constructors in 2009, and later rejoined Conlan as a Project Manager in 2011. He was later promoted to Senior PM in 2015 and then VP in December of 2020. Conlan has completed work in 28 states and is authorized/licensed to perform work in an additional 2 states. We have the experience and capacity to travel where our clients need us.